As I watched the bright tail
of the comet streak overhead
I began to imagine all of the things
that had to have happened
since the creation of the universe,
since the disk of our galaxy came together,
since the formation of planet Earth,
and since the origin of humanity,
and how everybody and everything
has always been surrounded by
the darkness of space,
all the little things
and all of the big things
that had to combine to make up
the tale of everything –
and no matter the absence of colour that I see
I continue to smile because I know
that there are stars and there are nebulae
out there in the cosmos of the universe
that are like oases of light
and like gardens of life
which are composed of streams of matter
and energy that twist like ribbons
as they ripple like the waves of an ocean,
where stars are being born
every second that our world turns,
that are an example of how something
is always happening somewhere
in places where wonders beyond
the wildest of dreams are being realized –
and as I stare at the bright halo
and the streaking tale of the out
of this world interstellar snowball
I wonder how many other people
have seen this same remnant of
the beginning of the solar system
over the centuries since the journey
began for this particular comet. 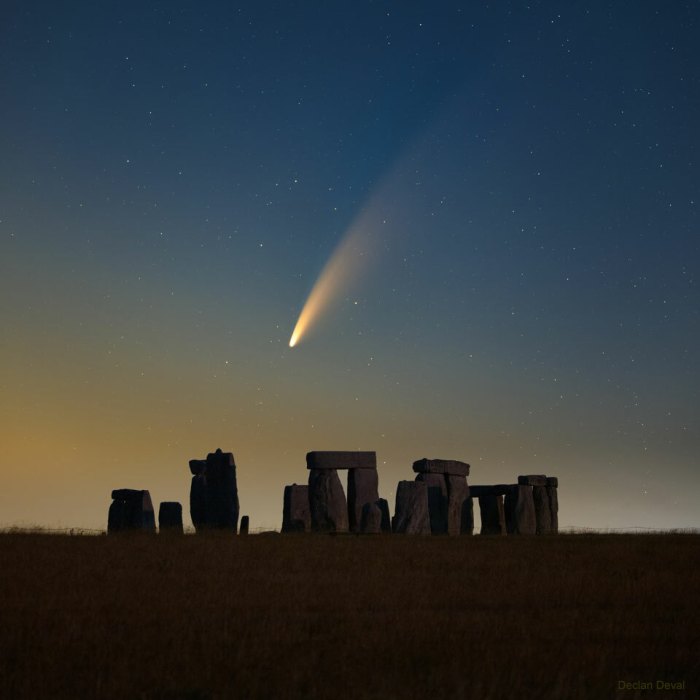