The Everyman is ‘old-school’…
the Everyman is like a one of a kind time-piece…
the Everyman is steeped wall-to-wall
and ceiling to floor in the traditions of a time
that to me feel “authentic” and “pure”…
the Everyman feels like a film-lover’s heaven on Earth,
and as soon as I walked through its doors
an amazing feeling overcame me.

Wood-paneled walls; golden lighting;
an inviting and comforting ambiance
that I simply adore because of how much,
even upon first sight, it instantly enthralls;
neon lighting of many colours
that guide you to, in my opinion, the pièce de résistance
that you find in whatever screen you find yourself sitting.

I have been to more cinemas than I can count, in my time…
I have seen more films at cinemas
than I have had Starbucks coffees…
I have had some memorable experiences while at the movies,
and I have had some less than enjoyable experiences…
I have watched every genre of film at the movies,
but there must only be a handful of memories that I remember
more than others, for different reasons –
however mostly because of what they meant to me
and the lasting-impression that they left on me.

I love going to the cinema –
to me going to the cinema
is like following in the footsteps
of those who sort-out entertainment and a show
like you experience when you pay to attend
a dramatic-performance at the theatre;
I truly sit and wait in wonder in the dark
every time I choose to watch a film
I have never seen before,
but there are some venues that add to the magical occasion
of watching a film on a big-screen more –
and to me I think have found the place
where I plan to watch every upcoming film
that I am looking forward to seeing in the future:
somewhere where you sit on comfy sofas to watch your film
and enjoy your popcorn and your refreshments
from the concessions bar –
a place that to me is a talisman to movie-going fan,
and that place is a cinema in Birmingham, in the UK,
called the ‘Everyman’. 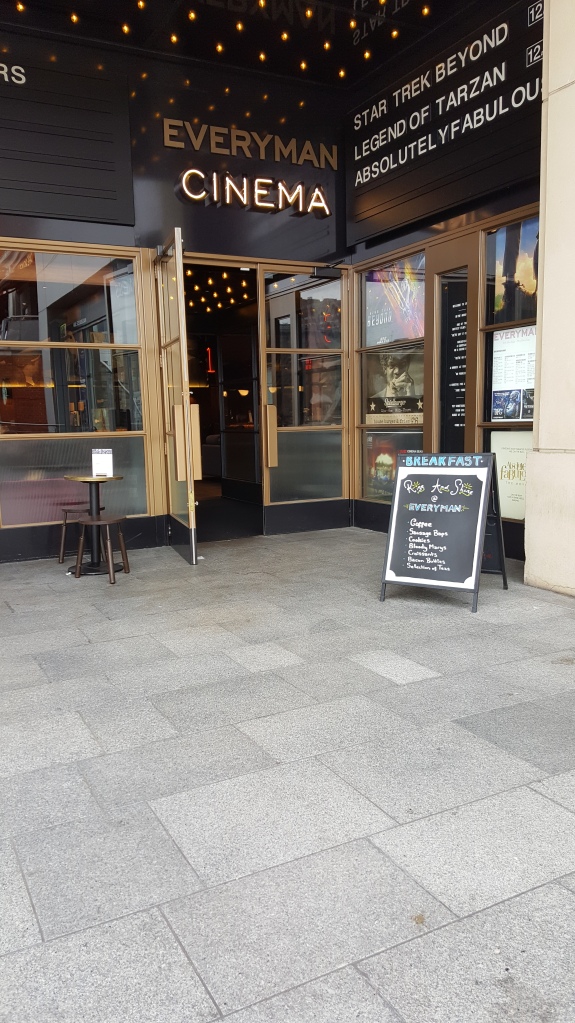