“There is so much
inspiration to be found
in a city like this,
by a poet like me,
every time I revisit.”
– Mark Hastings,
Birmingham,
National Poetry Day,
2020

Every city is constantly
remaking itself and is a mixture
of the old and the new,
and Birmingham is no different.
There is always so much to see
and so much to experience,
and no matter what day of the week it is
I always look upon its many different
buildings and its diverse population
and I think positively
and optimistically about
what it has always been, what it is,
what it will one day be,
and how it and the people
who make it what it is
will be seen when looked upon
from the ground or from high above
and among the many buildings
that make up is iconic skyline.

In all of Warstone cemetery,
in Birmingham,
above only one of the many places of rest,
there stands the stone statue
of a single Angel, with one broken wing,
blessing the grave of lost
and reminding the living
who pass them by how important
the gift of life is –
and though the figure depicted
is motionless, because after all
they are a statue,
there is something about the look
upon their face that makes
you think, imagine, and possibly believe
that they could easily come to life
and float down to the ground
from their high plinth
and walk the paths that run
through the cemetery
so that they may bless
the graves of everybody
individually and know them by name
even though some of the grave stones
have long since had the identity
of those that they were erected
to remember eroded and erased…
it is comforting to think
that while we are alive,
and even after our time on this Earth
has come to an end,
that there are celestial beings
who do God’s work and who protect
those who need protecting,
who guide those in need of being guided
and who watch over the living,
as well as the dead,
so that they can find their way
to a place of peace –
and that is why I treasure
the gift of life, and that is why I believe
death is not the end for us when we die:
because some things, some places,
some revelations that people have,
even in a small way,
reveal that there is more to existence
than what we can see with our eyes –
but only those who have already
crossed over the threshold
between the world of the living
and the place of light and dark beyond
know what happens
and how much everybody
who is still Earthbound
are touched every day
by the hands of Angels
as they are silently blessed. 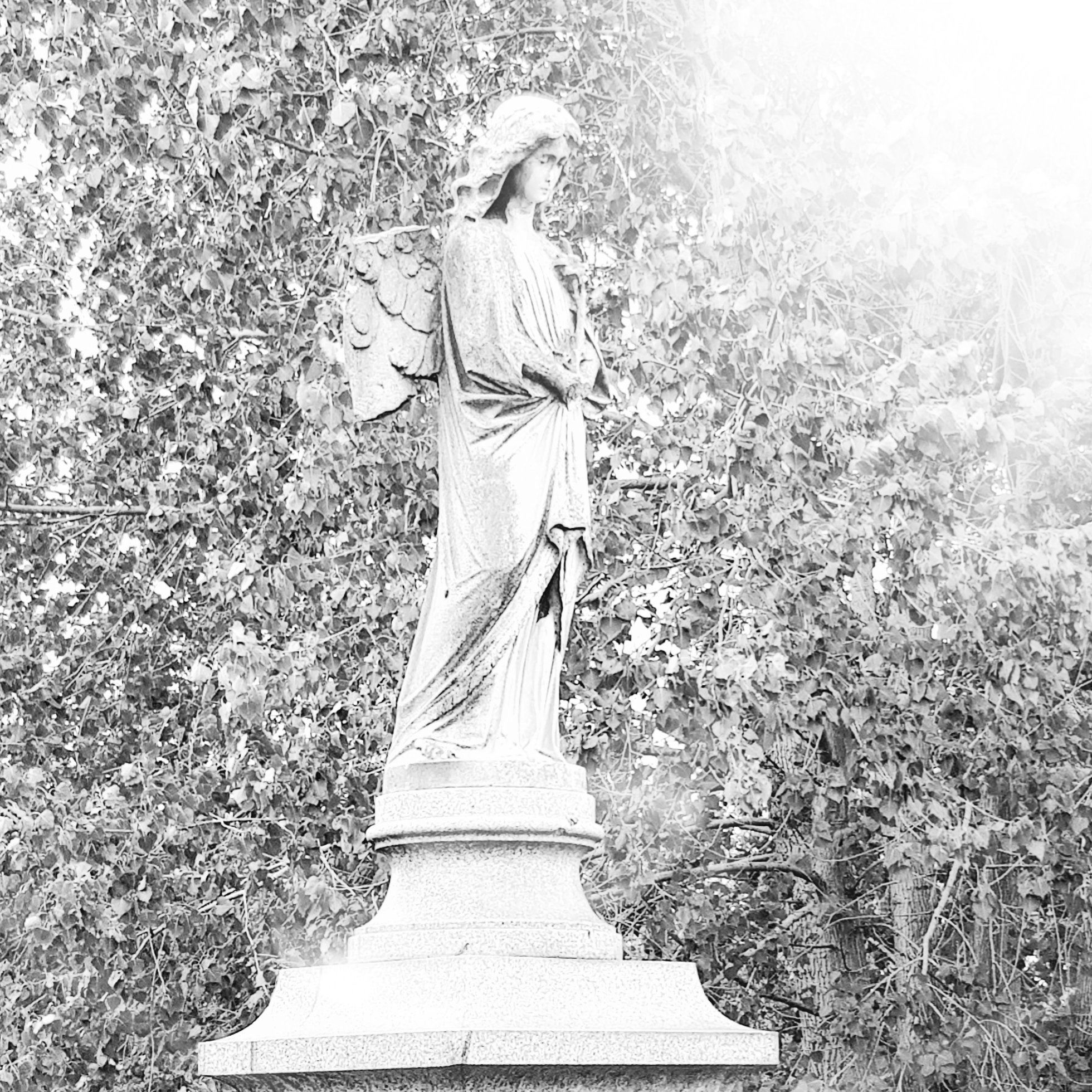 I love walking around this city…
I live walking from one side to the other –
from the China Town on the East side
to the Jewellery Quarter on the West Side –
and exploring all the sights and sounds
that make this bustling city
the city of inclusion that it is,
that has waiting around every corner
a wealth of inspiration
to fuel the imagination
and drive the pen of any poet…
there are mesmerising murals
of artistic expression to be found
painted upon the walls.

There are diamonds of beauty
to be found in even the darkest
of alleyways and streets…
there are towers of metal and glass
standing alongside old brown brick
buildings that used to house
so many renowned staples of
manufacture and innovation
in many different and varied forms –
from transport to metallurgy –
that originated from the heart
of this great country
and to this day still drive
the engine of this country.

There are places of natural beauty…
There are places of sacredness…
There are landmarks that define this city
which every visitor is advised to see,
document, and share that cannot
be found anywhere else –
for example: the bronze statue of
“The Birmingham Bull” that stands outside
one of the entrances to
the Bullring shopping centre,
the sprawling canal system,
the world-renowned Birmingham
Indoor and Outdoor Markets,
as well as all the other quintessential
gifts that the city of Birmingham
adds to the British people’s
diverse mixture of history, culture,
languages, accents, and individuality.

Birmingham has been the birthplace
of many public figures who have risen
to a state of recognition over the years…
ever since it was founded
Birmingham’s many city streets
have been where all kinds
of people have entered the public
imagination and have made
a name for themselves…
Birmingham has always boasted
having several unique individuals
who have never been afraid to make their
uniquely sounding voice be heard
far and wide, morning, noon, and night –
and every day I have witnessed
the people and the different quarters
of this city sparkle, shine,
emanate, and embody what
puts the “Great” in Great Britain –
the city that I know and
which have walked many miles around:
the city of Birmingham. 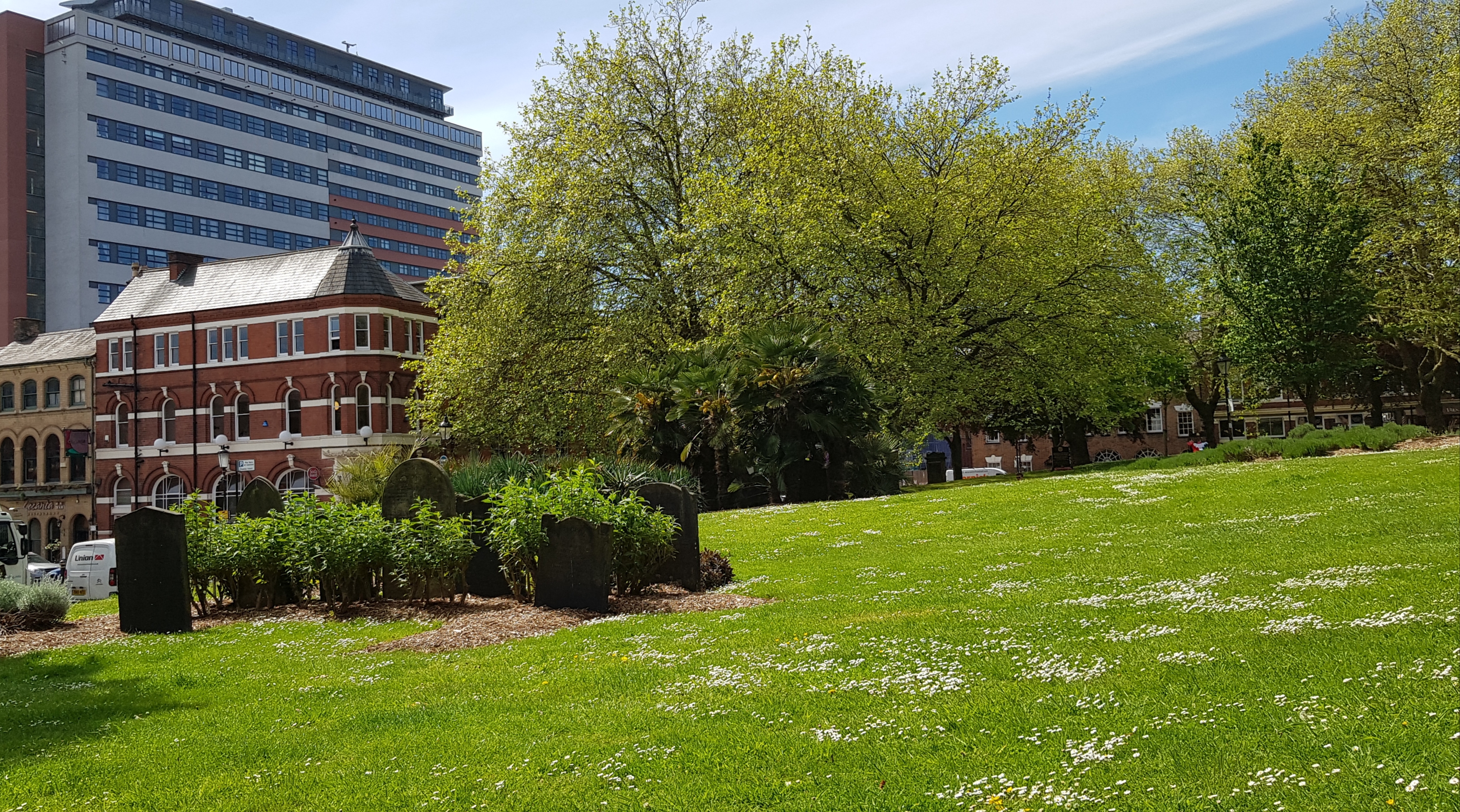 If anyone reading this lives in the UK, near Birmingham City centre especially, if you are a fan of my work, and you would like a signed copy of either my book ‘The Dreamer and The Dream’ or ‘Playing God’ – then don’t hesitate to brave the rain and head to either Waterstones (where you will find a copy of ‘The Dreamer and The Dream’ near the Outdoor Pursuits section on the Ground Floor) or to the Library of Birmingham (where you may find a copy of my book ‘Playing God’ in the Metal & Metal Working Section, by a book about clocks). I’m not sure how long they will be where I left them – but perhaps, if you are lucky, you may be able to pick up a signed copy today on World Book Day! Happy finding! Happy reading! 😎 📖

And I Just made my own contribution to the Phone Box Library in Millisons Wood, near to where I live, by adding a signed copy of my books ‘Playing God’, ‘The Dreamer and The Dream’, and ‘The Eternal Boy’ for anybody who wishes to have a copy: 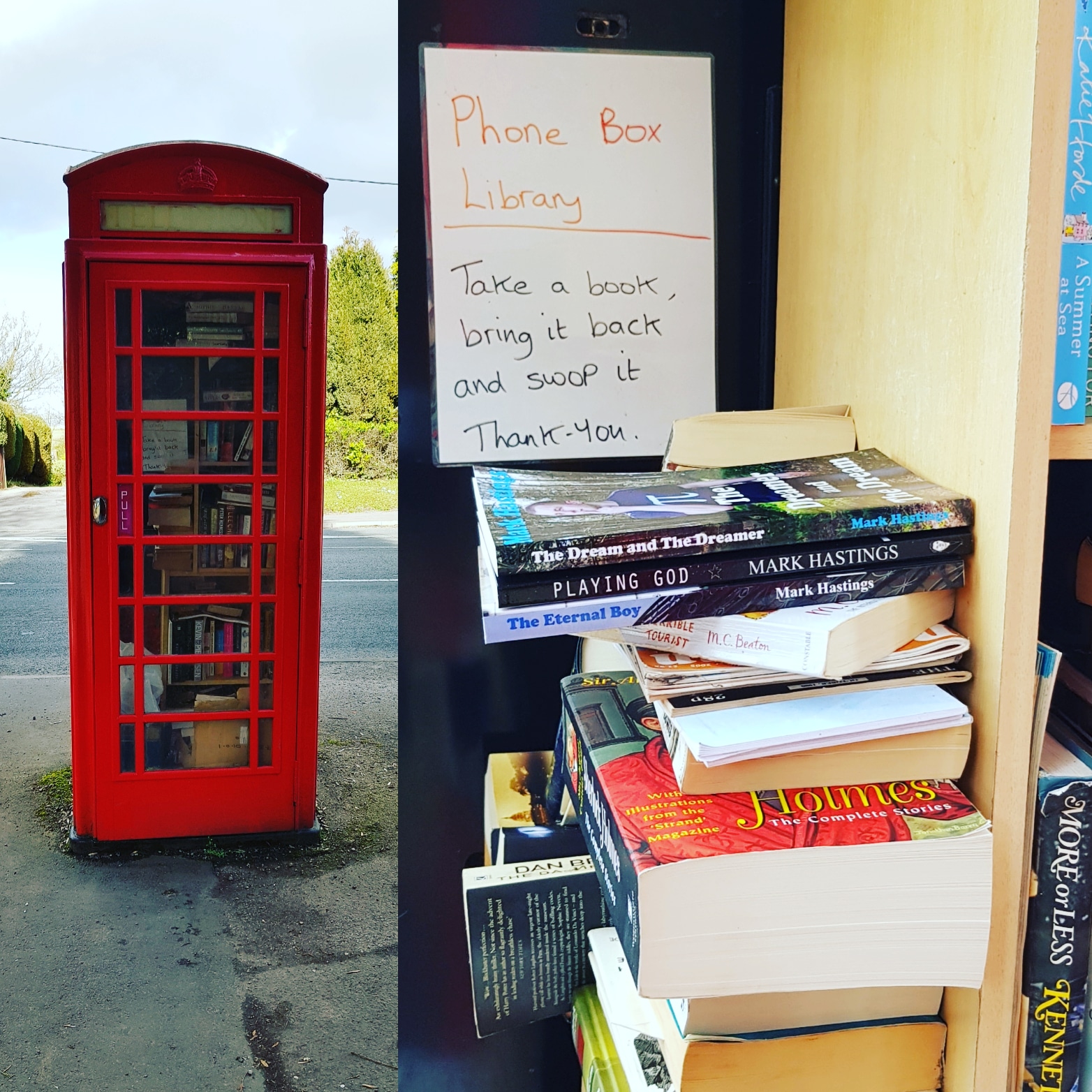 Every day of the week
I head down to Dudley Street
to meet, to greet, and to speak
with the one and the only
David Bowie,
and every time I see him
he talks to me and
he communicates so much to me
without even having to say a word
how lucky we all are to be alive
and walking the streets and the paths
of this world –
and every time I see him
I get this instant flash
of inspiration,
like a bolt of lightning,
that I try to imbue
into the art that I create
which always follows
my divine-like encounter with “Bowie”
who waits tirelessly for me
against a wall of blue
on Dudley Street like a gate-keeper
and a guide to a world of
wonder, imagination, and self-discovery.