There has never been a TV show since,
and there may never be a TV show
again,
like the hit show ‘The Sopranos’ –
and there will never be another
character like Tony Soprano:
the Mob Boss of North New Jersey,
who in my opinion was the first
anti-hero on TV who was so complex,
so intriguing, and so compelling
that nobody who watched him
could help themselves from
rooting for him, no matter what
he did and no matter what he said.

Tony Soprano woke up every morning,
he walked down his driveway
to retrieve his copy of the daily newspaper,
and then after that there was
no telling what he was going to next;
but one thing was always clear:
whatever Tony did he did for his family –
both his blood family
as well as for his crime family,
and everything that he did
was all to keep the Soprano family
and the thing of theirs
that was their life going
by any means necessary.

In my opinion, no one could have
played Tony Soprano
like James Gandolfini did –
because Tony Soprano was
someone who was smart;
Tony Soprano was someone
who internalised and wrestled
with a lot of psychological trauma
because of his mother, Livia,
and because his father Johnny Soprano
had been a gangster before Tony
was even born
there was no question that he would also
become a member of the family business;
but Tony Soprano was not like
everybody else in his family:
he suffered panic attacks –
and because he loved his family
so much he sought out the help
of a therapist, Dr. Jennifer Melfi,
in order to be a more effective
father and boss to those who followed his lead.

You don’t get to meet too many characters like Tony Soprano,
nor from episode to episode
watch someone like him
do what only someone like him
could do…
you don’t get to see acting of the
calibre that James Gandolfini had that often –
and it is clear as day that he put
every ounce of his talent into
making Tony the engaging, the profound,
and the powerhouse of a character that he was;
which is why viewers did not
want to see what they ultimately saw
at the end,
when the screen suddenly went to black –
because nobody knew that only moments before
they had just taken one last look
at one of the greatest characters
in television history:
the one and the only Tony Soprano. 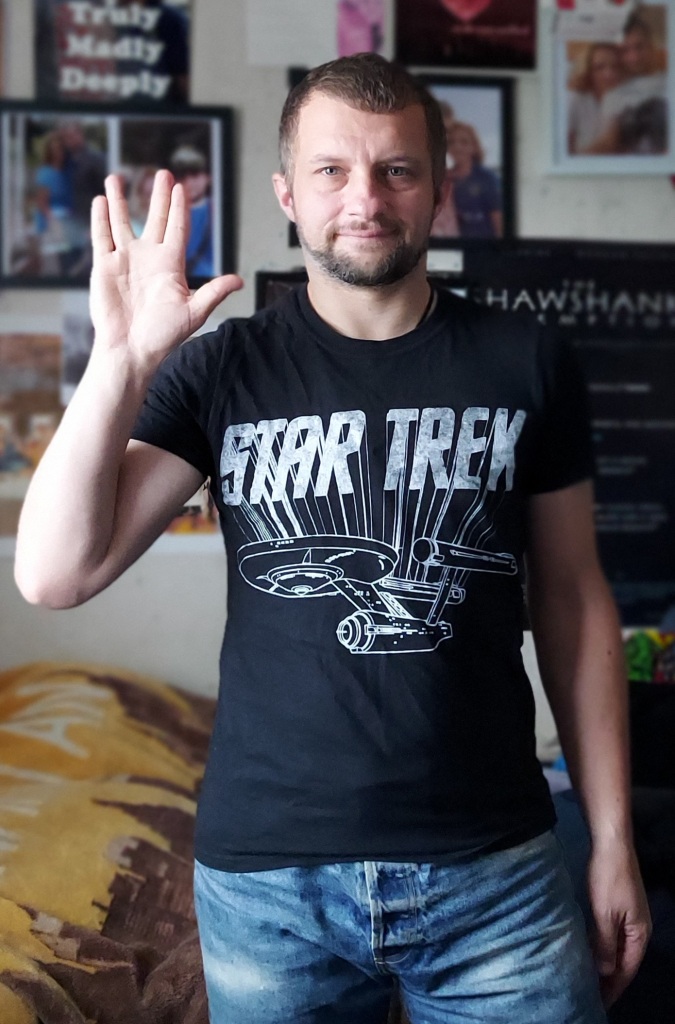 The first episode of Star Trek premiered 54 years ago today, on the 8th of September, 1966! Happy 54th Anniversary to one of my favourite TV shows and franchise’ – which to this day still remains a source of inspiration and hope and is a reminder to us all that if the human race works together we can accomplish anything: even journeying out into the final frontier, where no one has gone before! Live Long and Prosper, everyone! 😊🖖