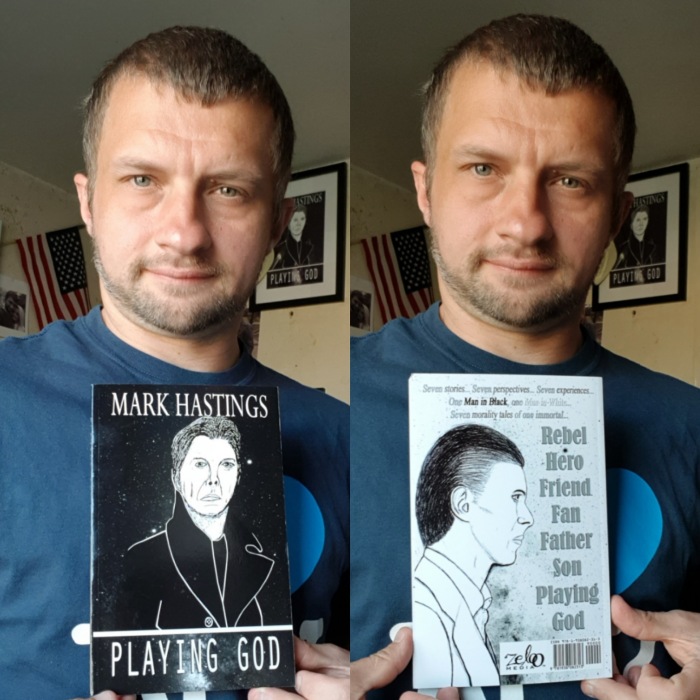 It has been exactly two years since my book “Playing God” was published – and over that time, since writing the stories within, I have been thinking a lot about The Man in Black/The Man in White who is the protagonist of the book and the stories that I wrote.

I will admit that when I first began writing the character of “The Man in Black” in the first story of the collection I did not entirely know who he was, what he was, nor where he came from – however, the more stories that I wrote the more I discovered who he was, what he was, and where he came from, and when I was touched by the hand of inspiration and I found out who he was/what he was everything just fell into place and that realization echoed through and influenced every story that features him.

It’s weird, but I discover something new about the protagonist of the stories and the book I wrote every day – things that I must have included subconsciously while I was writing them – and when I think about who the “Man in Black” is and who he used to be before the stories that I told of him are set, I realize how much of his hidden identity/who he used to be continues to inspire everything that he does, the acts that he chooses to take, and the interactions that he has with the other characters of the stories… an identity that he is trying to run away from and be the antithesis of.

I have come to think of the seven stories of “Playing God” as three act plays, of a sort – something that was not initially intended, but something that delights me was the final outcome by accident… or was it? In any case, “Playing God” is and always will be a special book to me and one that includes so much of me within its pages and within the main protagonist. So, I just want to say a Happy 2nd Birthday to my book “Playing God”and happy birthday to “The Man In Black” who inspired me so much. 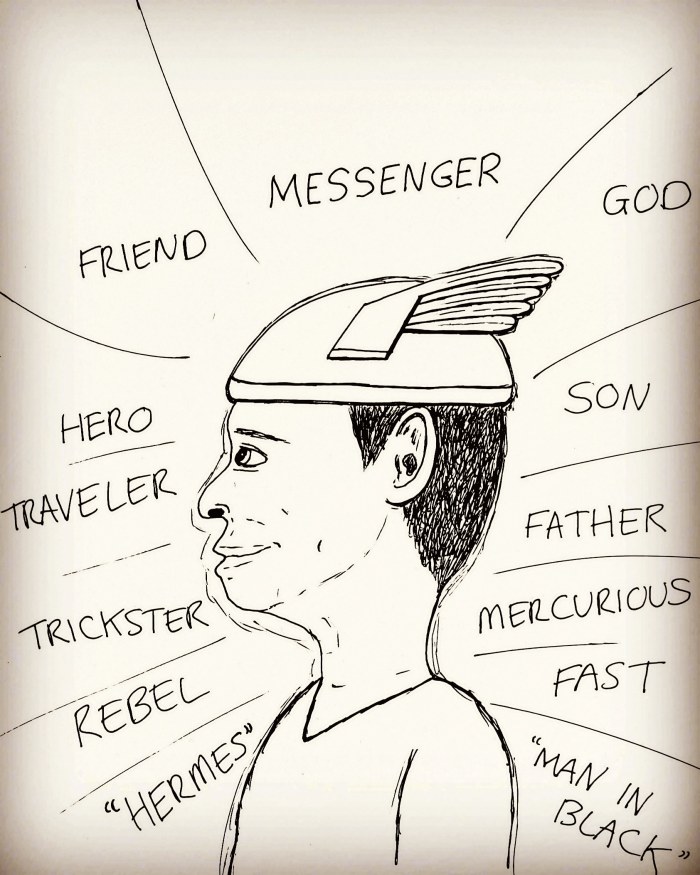 I drew this sketch back in February in anticipation for the two year anniversary of the publication of my book “Playing God” and it is essentially a brainstorm of things that the “Man in Black” might have had racing through his head at any given moment of every one of the seven stories within the collection that he features.

Writing all the stories of “Playing God”was a journey of discovery for me just as it was for the “Man in Black/Man in White” whom I wrote about, and I will always think of those stories and that character fondly, and perhaps one day I will find another tale to tell about the mercurious “Man in Black” who looks like David Bowie but who is not David Bowie. 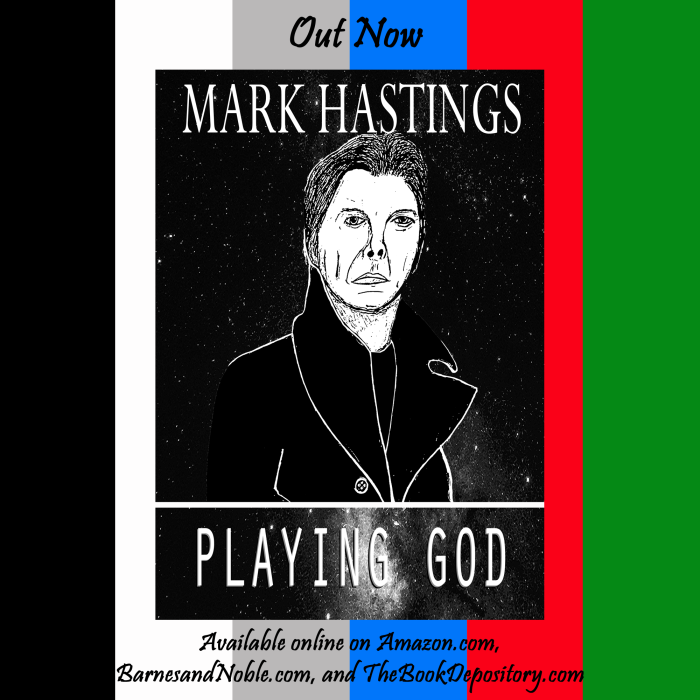