It has been a hundred years
since the First World War ended –
“the war to end all wars” –
and yet humanity still wages war
against itself every day…
it has been a hundred years
since brave men put their lives
on the line to bring peace
to the entire world –
and yet, every day, soldiers
still march, fight, and oppose
the might of an adversarial army and ideology
whose subscribed members
cannot always be plainly identified…
it has been a hundred years,
it has been a life-time,
it has been a century since families
put their hands together to pray
that we may never again see the day
when humanity would take up arms against itself –
and yet people still do harm to others every day,
and peace between everybody cannot be maintained…
it has been a hundred years
since the soldiers and the survivors of World War I
put down their weapons and began
the long walk of grief,
hoping to remember the fallen
and to never allow history to repeat itself;
however, 11 years after the end
of “the war to end all wars”,
another war sparked into life
and millions of people died –
and when it ended, six long years later,
the world was assured that the peace
that was won at a heavy cost would always endure…
it has been a hundred years
since an understanding was reached by many nations
to work together instead of fighting each other –
and yet, a hundred years since
war should have become a thing of the past,
our world is still in a constant struggle with itself
and not everybody wants to get along with one-another;
however, no matter the constant conflict
that still exists around the world,
I still remain hopeful that humanity
will one day find universal peace and serenity –
but hopefully it won’t need to take another hundred years
for the entire world to come to its senses
and learn to get along with each other
for the sake of our children’s future. 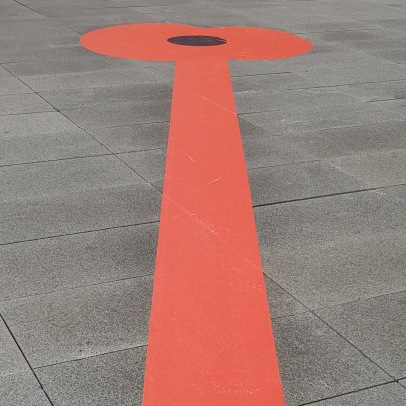